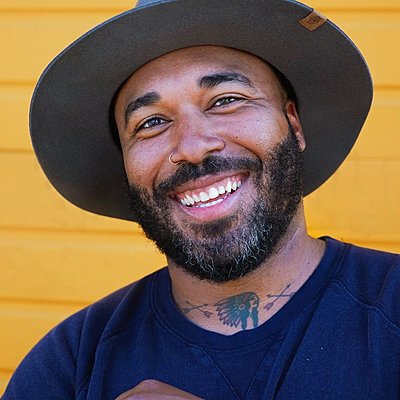 “I’m giving back to the community that me and my generation took so much from.”

3rd Twin aka Roy Alexander Moore III is a hip hop rapper and mentor to disadvantaged kids in Portland, Oregon. Named after his astrological sign of Gemini, the 3rd sign in the zodiac, 3rd twin is a 20 year rap veteran who has done everything from winning rap battles all across the country, to being signed to a major label. After his raps were heard at an open mic night, 3rd Twin burst onto the Portland Hip Hop scene and quickly became known as the hottest young MC and best lyricist in Portland. 3rd Twin started writing raps at the age of 12 and landed his first recording contract with DM entertainment at the age of 14. His first group, Konflic was formed with three other childhood friends who premiered at Po Hop as the youngest act on the bill.

In 1999, 3rd Twin joined forces with another local rap group Proz and Conz and went on to become Portland’s highest selling rap group, selling well over 20,000 units between two albums. Between 2000-2002 Proz and Conz traveled across the United States and on to Mexico and opened for Hip Hop greats, Wu Tang, Mac Dre, Souls of Mischief, Blackalicious and more. Roy soon broke off with two other members of Proz and Conz to form DNA (Denied Access) and was signed to Jermaine O’Neal’s Bogata Records label.

In 2005 3rd Twin moved back to Portland and began working and recording his first solo project. The album was never released due to a burglary at the studio where he was recording. In 2008 3rd Twin then relocated to Las Vegas with his two fellow DNA members where they formed the Label Wall Street Records and began recording in Las Vegas. It was there that he would cross paths with his now Producer/Engineer Grammy winner Tiger Roberts who won a Grammy for producing the Iconic Gladys Knight. This high level collaboration led to 3rd Twin creating a big buzz in Las Vegas for the next several years.

3rd Twin is now back with a vengeance in his home town of Portland and ready to make his solo artists statement in the Hip Hop industry with his Latest Single “Honesty” from the forthcoming solo album, “History in the Making” due out Fall 2018. The music video for “Honesty” was produced by Gaddis Motion Productions, and had its world premiere in spring of 2018 at the Vidwest Film Festival and was directed by the award winning filmmaker team The Pander Brothers (Howie B., Jamal-Ski) who collaborated with L.A. based cinematographer, Kevin Pham (Vice TV) to bring 3rd Twin’s personal vision to life. The video, currently in the festival circuit, has already won the Gold award at the Indie Film Awards in NYC and Diamond award at the MindField Film Fest in LA. “Honesty” screens at the Hip Hop Film Fest August 2nd 2018 at the National Black Theater in NYC.

When he is not performing as 3rd Twin, Roy has also built a solid following in his community as a mentor youth activity counselor with a focus on at-risk youth who have struggled with drugs and gangs. Roy also works with work with I AM Academy where he goes into the youth juvenile system and speaks with kids about recidivism and the transition process in returning back to society. Roy, who was a gang member in his youth and later struggled with Opioid addiction has gone through his own recovery and now finds community outreach as a way to give back. “I find it so rewarding because I can try to prevent them from going down the same path that I went down.” Roy explains, “I’m giving back to the community that me and my generation took so much from.”

DJ Wicked has been a staple in the Northwest Hip-Hop scene for more than a decade. His determination and dedication to the art form has led him to opening shows for the likes of the Wu-Tang Clan, Eminem, and Outkast, as well as performing on the Northwest stretch of some of the most prestigious DJ tours of all time, including the Future Primitive Sound Sessions, Deeper Concentration, and the 2003 "Scratch" Tour. Wicked has showcased his talent both nationally and internationally at a number of high profile music festivals, such as the Phoenix Festival, North by Northwest, South by Southwest, and the "Avataria" music festival in France. Wicked has also performed at numerous skateboarding and snowboarding industry events, including "Vegetate" at Mt. Hood Meadows, the "Backyard Bang Railjam", and demos for both DC Shoes and Girl Skateboards, as well as teaming up for various events with Adidas, Toyota/Scion, Skullcandy Headphones, NIKE, Pony, and more. Wicked's diverse DJ sets combined with his turntable skills, tasteful record selection, and devotion to preserve quality Hip-Hop music, has earned him the honor to share the stage with some of the most prestigious artists in the industry, including Grandmaster Flash, Mix Master Mike, Z-Trip, DJ Revolution, Q Bert, DJ Swamp, and Mr. Dibbs. Wicked is best known for his self released mixed CD's: "Got Milf?" (a collection of some the of best 80's pop, guilty pleasures that you hate to love), "Just Plain Terror" (a Halloween inspired mix from Hip-Hop's dark side), and "Fuck the Radio" (an Underground musical assault against watered down, mainstream rap music). Collaborations with Crooked I, 2MEX, Grayskul, and Boom Bap Project, have gained Wicked recognition from URB, SPIN, and The SOURCE magazine, and have led to Wicked's spotlight in the upcoming Street Artist Pictures documentary titled "God Damn That DJ Made My Day". Since returning home from the 2009 "Dazed N' Dirty" tour with Potluck and D12, DJ Wicked is once again hosting a number of DJ residencies in the Portland area (including the legendary "WICKED WEDNESDAYS"), as well as performing at clubs, concerts, and DJ events around the globe. Currently in the studio working on his next full-length release, DJ Wicked continues to maintain his reputation as the hardest working, most sought after DJ in the Northwest! 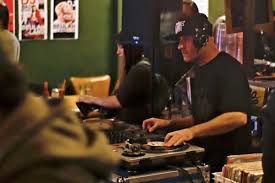 The film premieres on the 20th anniversary of hip-hop showcase Wicked Wednesday.

In the autumn of 1997, Kirk "DJ Wicked" Kirkpatrick heard about a raggedy new Ladd's Addition nightclub named Jezebel's that had a mid-week opening slot for a regular act. A former graffiti artist and skilled turntablist—he'd battle for a $250K prize on 2011 BET reality show Master of the Mix—Kirkpatrick brought around a crate of vinyl the following Wednesday for the first iteration of what soon became a treasured hub.

Over the next two decades, Wicked Wednesday would survive the closure of more than half a dozen venues, and serve as prime showcase for local MCs sharpening their skills on the open mic. But the fiercely communal nature of the event kept Portland's longest-running DJ night well outside mainstream attention.

To celebrate the 20th anniversary of Wicked Wednesday, now at Beulahland near East Burnside, Kirkpatrick sought out the services of a documentarian via social media. He eventually lured the project's director—Bay Area-transplant Andy Ridgway—from a Facebook post.