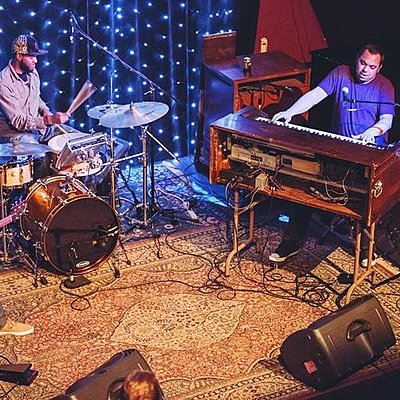 This lyric in Michalangela’s (pronounced MY-kull-AN-juh-luh’s) song “Against” tells of Michal’s journey to overcome a longtime fear of imperfection and the inevitable judgments of others in order to write an album of original songs.

In 2006, after graduating from music school in Idaho, Michal moved to Portland where, with new friend/piano player/studio owner, Jonathan Swanson, she released her first album, “Portland Rain” (2008). As Michal performed in her own jazz combo and in multiple bands and projects, she became well-known for her versatility within the music community — while still shying away from putting her own stories on the page. Alex Milsted, a well-respected multi-instrumentalist and friend of Michal’s, approached her in 2015 about co-writing songs, and in 2017, they began performing them with a newly formed band.

As Michal’s confidence increased, she found herself faced with a new and jarring challenge. In August 2017, while driving home from a gig, Michal was a victim of a high-speed freeway hit-and-run accident. While she was spared major physical injuries, Michal struggled to reclaim her singing voice, which had been damaged in the accident. She spent the next few months resting her voice, cancelling gigs and fearing what she may have permanently lost. With the help of a Laryngologist & Voice Rehabilitation Specialist, however, Michal’s recovery is now complete. Her song “Un-Mute Me” describes this season and the desperation she felt. One can’t help but listen to the song and new album without feeling gratitude that Michalangela is indeed un-muted.

Over her 17-year musical career, Michalangela has worked alongside a myriad of the NW’s best musicians, including Farnell Newton (Jill Scott/Bootsy Collins) and Saeeda Wright (Prince), and in so doing has become a staple in the thriving Portland music scene. Some performance credits include opening for Robert Glasper in 2015 and singing with Liv Warfield at the Waterfront Blues Festival in 2016. Michalangela’s long-time accompanist Ben Darwish (Mike Posner, Natasha Beddingfield) said, "Michalangela is one of the most musical vocalists I’ve worked with. Her control and phrasing is second to none.”

After the successful funding of her September 2018 Kickstarter campaign, Michalangela headed to the studio to complete the soon-to-be released album, “As I See It.” The album is a collection of original music written by Michalangela and features co-writers Alex Milsted, Trent Baarspul and Steve Swatkins. Combining elements of neo-soul, R&B, jazz and rock, “As I See It” is an unexpected journey filled with lush harmony (including creative use of a vocal harmonizer), tight grooves, rhythmic complexity, and honest songwriting.