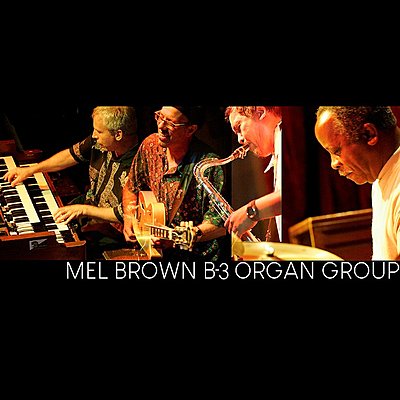 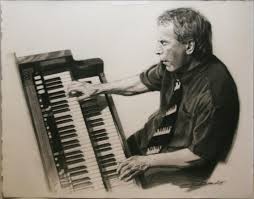 The Mel Brown B-3 Organ Group, dubbed "Jimmy Mak's signature band" by The Oregonian, performed at the famed Pearl District jazz venue on Thursday nights for the club's entire twenty-year run. When George Benson heard the group, he said, "If this band played in New York City, they'd be a sensation!" The Oregonian's Kyle O'Brien described the band's unique style as, "the sound of spontaneity."

Sadly, Jimmy Mak's is no more due to Jimmy's untimely death from cancer on January 1, 2017--one day following the club's final show. But following a 5-month hiatus, the Mel Brown B-3 Organ Group started up again on Thursday nights at a beautiful, newly-renovated venue, the Jack London Revue on June 1, 2016. The large, downstairs room has the feel of classic jazz clubs of the 50's & '60s!

The Mel Brown B-3 Organ Group, called “Jimmy Mak’s signature band” by The Oregonian, performed on Thursday nights for 20 years at the noted Pearl District music venue. That’s a remarkably long run, but the band's roots extend back even further than its September 1997 debut at Jimmy Mak's.

In 1997, most Portland music fans were familiar with Mel Brown as the dean of Portland jazz drummers and for his earlier stint as a Motown staff drummer (working with the likes of Diana Ross, Martha Reeves, Smokey Robinson, and the Temptations). But before that, Mel had gigged around the NW with Billy Larkin & the Delegates, a funky organ group. (The band had a regional hit record, “The Pygmy,” which was covered by Booker T & the MG’s.) Similarly, in 1997 organist Louis “King Louie” Pain was known to Portlanders for his work with the great Portland blues/soul icons Paul deLay and Linda Hornbuckle (now sadly both deceased), but his roots were in the soul-jazz organ group genre. In the mid-seventies, back in his native Bay Area, Louis had cut his teeth playing in an organ group led by Bay Area sax legend Jules Broussard, who Mel had actually worked with a few years earlier.