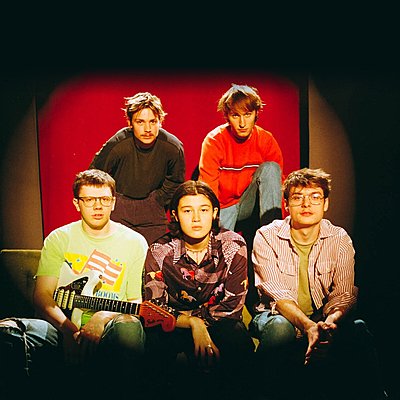 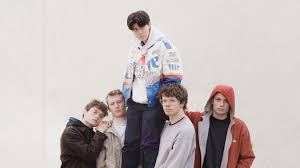 There’s an aggressive purity to Disq’s music. The Madison outfit filters sincere, bittersweet songwriting through vast guitars, and the result is a whiplash of good-natured pop. The five-piece band, whose members range in age from 19 to 24, have generated noticeable buzz off the back of just one seven-inch single for Saddle Creek’s Document Series. After being profiled by Stereogum and tipped by NPR, Disq made their South By Southwest debut earlier this year, which drew praise from Paste, among others.

Disq was formed by two Wisconsin teens, Isaac deBroux-Slone (vocals, guitar) and Raina Bock (bass, backing vocals), who both grew up in artistic households on a steady diet of bands like The Beatles, Todd Rundgren and Weezer. They self-released and self-recorded a mini LP, Disq I, in 2016, but their new Saddle Creek single, “Communication” (backed with “Parallel”) is their debut label release and more representative of their current sound. Disq rounded out their lineup with three new members, who also pitch in on writing and recording duties: Brendan Manley (drums), Logan Severson (guitar, backing vocals) and Shannon Connor (guitar, keys).

After supporting acts like Whitney, Twin Peaks and Jay Som, Disq scored an opening slot for Shame on their recent U.S. tour. Paste caught Disq’s set in Atlanta, where they matched the sonic magnitude of their sturdy SXSW showing. Their new live material is anything but monolithic—you’ll find traces of feverish psych-rock, lustrous jangle pop, noisy post-punk, and bouncy twee pop—though you’ll notice a consistently vociferous energy thanks to their propulsive guitar triple threat.