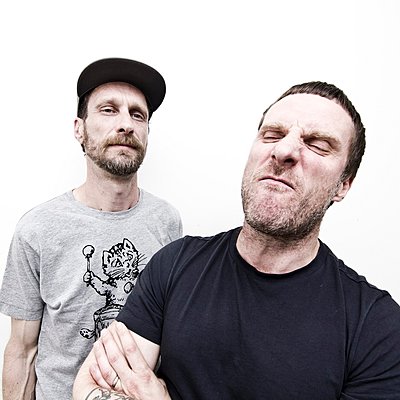 The Independent | Sleaford Mods interview: 'Everyone I know back home is racist' 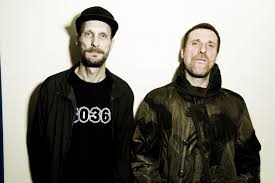 F**king horrible.” In the world of Jason Williamson, the vocal half of Sleaford Mods, these two words belong together. He uses them to describe a lot of things. Right now, though, he’s sitting opposite me in a chic boutique hotel in central London. Williamson caught the train down from Nottingham. First class. It cost him £250.

Can this be the man who raged about a lifetime of being treated like st in unskilled jobs on the 2013 album Austerity Dogs? “I work my dreams off for two bits of ravioli / And a warm bottle of Smirnoff / Under a manager that doesn’t have a fkin’ clue,” he ranted on “Fizzy”. The humour belonged to someone staring into a future of more of the same: “You’ve got to be able to sell yourself / So I stuck my life on eBay / £25 mate!”

Sleaford Mods have worked fking hard to change that picture, though. Their violent sound is so stripped down, it’s perfect. Andrew Fearn provides rudimentary beats, Williamson gets in your face with relentless spokenshouted diatribes. They’ve toured constantly, released four studio albums, one live album and a set of EPs since Williamson first collaborated with Fearn on Wank (2012). Their new album Eton Alive is the first release on their own label, Extreme Eating. It’s a storming return after 2017’s English Tapas. Part progression, part throwback, it has a furious energy that recalls 2014’s Mercury Prize-nominated Divide and Exit, but on some songs, Fearn’s beats have become languorous and Williamson sings. The 48-year-old has been working hard to promote it, too, in a series of very funny Twitter ads. One has him bagging up dogst as he talks about the release date (23 February, in case you don’t fancy watching). 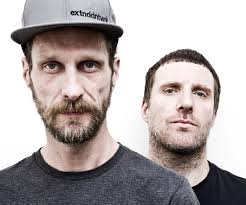 The link between the Nottingham punk/rap/rant/dance duo Sleaford Mods and "times like these" couldn't be much stronger. NME called them "the stripped-back sound of austerity Britain." The Guardian argued they were "Britain's angriest band" and speculated that they could be "the authentic voice of working-class Britain." Rolling Stone, meanwhile, dubbed their new album, English Tapas, "Post Brexit Punk Hop." (You kiss your mother with that mouth?)

It's tempting to read the group through the lens of political commentary, anger, and protest. And all of that is valid and real, but it's really only part of what makes Sleaford Mods records so exciting. (P.S. It's "slee-ferd," not "slay-ferd.")

The political element in their songs is a function of singer/writer Jason Williamson's verbal style, which is a rare combination of relentless invention, dexterous wit, and unadorned bluntness. For every gob of spit he spews at a corrupt politician ("Cameron's hairdresser got an MBE / I said to my wife, 'You better shoot me'"), he's got an ironic observation about the price of getting what you wish for ("Bring back the neolibs / I'm sorry, I didn't fucking mean to pray for anarchy!"), or a throwaway slang phrase ("Brex City Roller") that becomes indispensable.

[[[A lot of Sleaford Mods lyrics are full of references that will evade the comprehension of even the most insufferable Anglophile (guilty), but they continue to reveal layers—and more importantly, continue to sound great—after 10 or 20 listens.