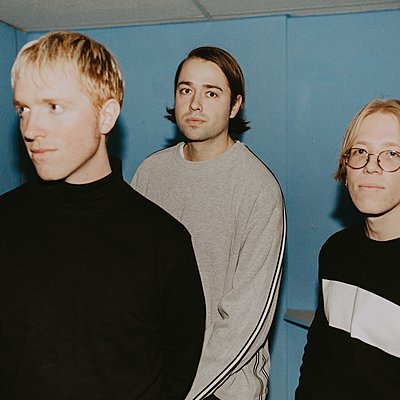 Indie rock band, Slow Caves, formed in Fort Collins, Colorado. Consisting of Danish-American brothers Jakob and Oliver Mueller and their childhood friend David Dugan, the band solidified in 2014 after a decade of high school bands came to an end. After cutting teeth in the Denver music scene, the band garnered attention from Old Flame Records and subsequently released the EP, Desert Minded in 2017. The following year they released a double A side picture disc (Poser/Rover). The band spent two years touring extensively, highlighted by performances at SXSW and Treefort Music Festival. They have opened for national acts such as Third Eye Blind, Cake, Rooney, DIIV, Cold War Kids, The Kills, and Modest Mouse. After sharpening their live show on the road, the band entered the studio with legendary record producer, Chris “Frenchie” Smith. Recorded at The Bubble in Austin, TX, Slow Caves released their debut album, “Falling” on Old Flame Records on March 22nd, 2019.

Westword | Slow Caves on Coming of Age at the Mall 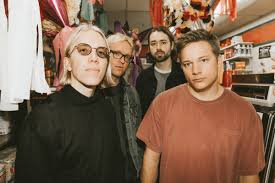 Listening to Slow Caves’ lush, intelligent music, it’s easy to forget that the band’s members are all in their early twenties.

Inexperience might hamper some groups, but Slow Caves is an exception. Although its songwriting reflects suburban ideals and millennial angst, the Fort Collins band — made up of singer/guitarist Jakob Mueller, drummer Jackson Lamperes, singer/guitarist Oliver Mueller and bassist David Dugan — shuns many of the musical clichés used by younger artists in favor of intelligent compositions and complicated time signatures generally seen in post-punk acts that rose to prominence in the mid-’90s, when these guys were just kids.

The band’s new seven-inch, which comprises the songs “Poser” and “Rover" (which we're premiering below) is set for release on February 23 at Lost Lake. But Slow Caves is also in the process of recording a full-length album. We spoke to Mueller about the decision to release a seven-inch ahead of the album, how hanging out at malls inspired the group’s new music, and what, exactly, constitutes a poser.