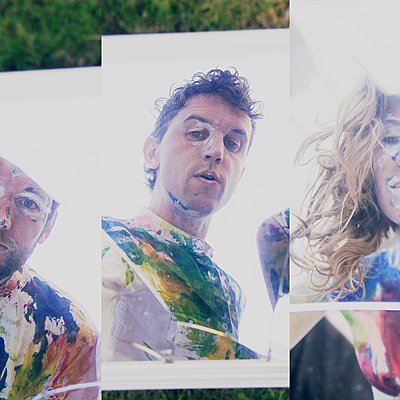 Evocative, melody-driven indie-pop with an emphasis on a rural PNW way of life

In 2008, Matt took a job as a forester in the rainy and iconic logging town of Aberdeen, Washington. His new home - a remote and run-down cabin in the woods - was supposed to be the perfect place to reflect and write songs about a recent breakup and the devastating loss of his mother. But things have a way of taking unexpected turns in Aberdeen and it would take almost a decade for those songs, and the stories behind them, to be heard.

That story is now told via a one-person performance that is part rock concert, part podcast and part The Twilight Zone that the National's Matt Berninger describes as “...a trip. Every time I thought I had it’s number it pulled out the rug and surprised me. Beautiful songs and a truly unbelievable story. Apparently all true.” Featuring live-action and animated projections by Stefan Nadelman (Montague of Heck, Zen Diaries of Gary Shandling).

The story recalls Matt's attempt to restart his life, record an album, and his entanglements with the Floods, an eccentric local family living near his isolated cabin in the woods. Casey, the family’s young mother, is a logger and the family’s primary breadwinner. Her husband, Andy Flood (or “Flood” as he prefers to be called), is obsessed with proving his worthiness despite his fragile disposition and increasing paranoia about mysterious events occurring in Aberdeen. Matt's efforts to help the couple reveal terrible hidden motives and lead to discoveries about the nature of the multiverse.