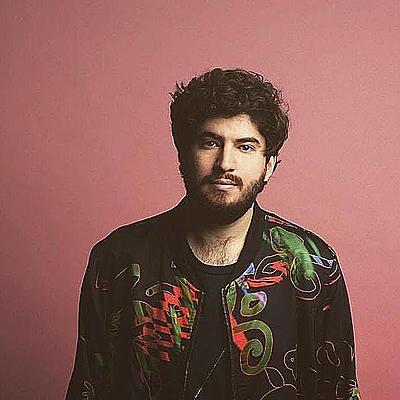 Smooth, electro-R&B jams that flirt with indie pop and downtempo

Born and raised in the City of Angels, soulful producer/vocalist/instrumentalist Shoffy champions electronic-based Pop/R&B fused with guitar and smooth vocals. By day, Shoffy, real name Alex Shofler, worked as a financial analyst until recently -- now, he's pursuing music full-time. Writing and producing since age 14, Shofler has jumped from different projects and bands, until embarking on his solo career.

His first wide release under the Shoffy moniker came in November 2015 with single "Takes My Body Higher" ft. Lincoln Jesser off his EP conversations in the a.m. The single spread virally and reached 33 million plays (and growing) on Spotify and 13 Million video plays on YouTube. Achieving this organically without any promotion, "Take My Body Higher" also claimed a spot on the Billboard Hot Dance/Electronic Charts for 12 weeks, peaking at #19.

Following this success, Shofler released a new EP, somewhere between nostalgia and paradise, leading with "Home," a track he wrote and co-produced. All of the songs on the seven-track EP are written, and most produced or co-produced, by Shofler, and feature him playing various instruments throughout. Standout cuts include "Home" and "Movin On" -- a beautiful and simple testimony to a love lost, written originally with only his guitar and vocal. somewhere between nostalgia and paradise also features collaborations with fellow hype-worthy peers including Jack LNDN on "Better Off Here," TA?CHES on "Eat Your Friends," and RKCB as co-producer and co-writer on "Home."