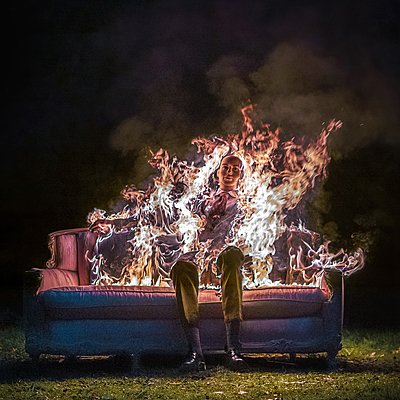 With virtuosic abilities on their instruments, reigned in to instead favor melody, groove, vocal performance, and most importantly, songwriting, the band (comprised of guitarist/vocalist Mike Gantzer, multi-instrumentalist/vocalist Dave Loss, bassist Evan McPhaden, and drummer/vocalist Rob Houk) are a joyful musical tour-de-force to be experienced. Straddling the line between all out rock and roll, pop-laden melodies and hooks, hip-hop inspired grooves and massive, anthemic choruses, Aqueous's sound is explosive, fresh, and undeniably their own. Citing influences as wide ranging as Steely Dan to Tame Impala, Queens of The Stone Age to Kendrick Lamar, the band’s sound is a nod to their open-minded approach as songwriters and musicians.

With a damn-near psychic level of on-stage communication and improvisation, a mesmerizing light show, and a constantly rotating setlist, Aqueous’s live performances shine brightly, a tasteful and engaging eruption of energy and musicality ever on display. Their rapidly growing fan-base (appropriately self-proclaimed “AQuaintances”) find themselves following the band from city to city, hungry for more of what the band is serving up every night. With a ferocious tour schedule, it’s likely that you can catch Aqueous in a city near you sooner than later.

Huffpost | If You Haven’t Heard of the Band Aqueous Yet, That’s About to Change. 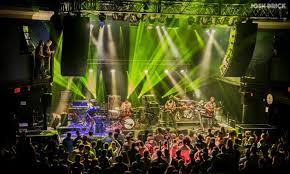 Buffalo, New York is a city on the shores of Lake Erie in upstate New York boasting a 398-ft art deco City Hall, the Frank Lloyd Wright–designed Darwin D. Martin House and the Albright-Knox Art Gallery, a Greek Revival museum with works by Picasso and Warhol. Obviously, that’s all very impressive, but now-a-days something new is hailing from the city, and it’s the band Aqueous. The four piece is gaining tsunami strength momentum while doing their thing alongside some of the top acts in live music today. The band was formed in 2007 by members Mike Gantzer (Guitar/Vocals), David Loss (Guitar/Keys/Vocals) and Evan McPhaden (Bass). They brought the last piece of their puzzle, Rob Houk ​(Drums/Vocals), on during later years.

Taraleigh: Your band has been coined a groove rock powerhouse by music critics. Is that how Lisa Simpson would describe Aqueous?

Rob Houk: Although we are considered “Groove Rock,” we also like to go into deep exploratory improvisation. Given that Lisa’s a jazz fan, I think she’d love that aspect of our live shows. Is it possible to get a Lisa Simpson hologram to sit in with us?

Taraleigh: Anything is possible, so yes. Maybe you could get a Mr. Rogers hologram too just to spice things up even more. I bet he would bring the funk. How would he convey your sound?

Rob Houk: Mr. Rogers would appreciate the welcoming, dare I say, “neighborly” vibe that AQ fans bring to every show. Our fans are truly some of the nicest people you will meet.

Taraleigh: Your fans sound like a mystical breed of human beings. One may say they’re unicorns. If a unicorn was talking about Aqueous, what would it say?