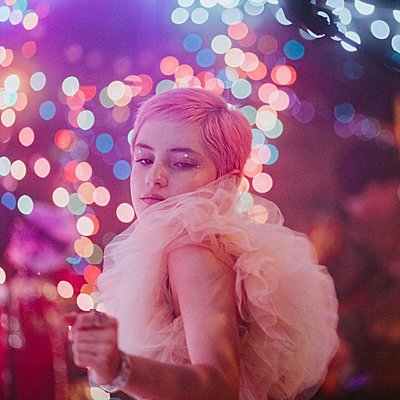 Why Neoma, one of Ecuador's hottest pop bands, moved to Denver 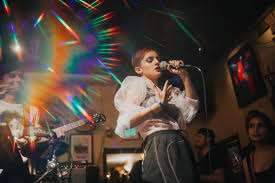 When Neoma, one of Ecuador’s most promising young musical acts, decided to move to America, the band had to make a tough call — but not about whether to move to New York or Los Angeles. Rather, how long could they sleep and write their debut album in their manager’s living room in downtown Denver?

Long enough. Building off a radio hit in Ecuador and hundreds of thousands of streams on Spotify, the band released its debut album, “Real,” on Friday. The 10-song indie-pop album tracks the journey of frontwoman Carla Huiracocha — and her producer, Danny Pauta — from small kids growing up in Cuenca to American artists with, from the sound of it, big futures.

And, as of this year, Huiracocha and Pauta have their own place in Denver, too. The city suits them: it, like Cuenca, is “chill,” high-altitude and flanked by mountains. The duo recounts their whirlwind year in front of a bank of synthesizers in their Capitol Hill studio apartment. As famous musicians in Ecuador, the two friends were used to being spotted by fans in public — but here, they’re unassuming. Pauta has the glasses and lankiness of a chess club champ; Huiracocha is maybe five feet tall under her blonde pixie cut. They’re also young — Pauta 22 and Huiracocha just 19.

Echos from previous expeditions can still be faintly heard in the new Portland, Oregon outfit, Wet Dream.
Ben Johnson (Grandparents), Dylan White (Grandparents) and Sarah Q (Moon by You) explore the deep end of pop with a newfound appreciation for synthesized tones, minimal arrangements and an unconventional way of sharing new sights and sounds.