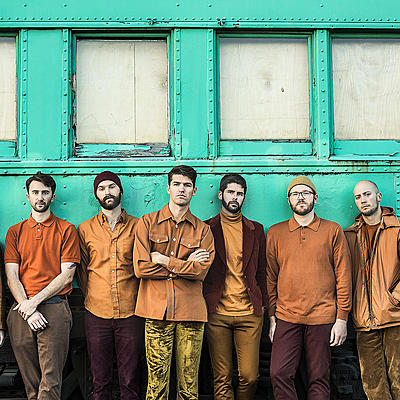 Spotify tracks from The Dip

Hailing from Seattle, The Dip is an electrifying seven-piece ensemble that melds vintage rhythm and blues and modern pop with “impeccably crafted, 60’s-steeped soul” (KEXP). The group quickly gained notoriety throughout the Pacific Northwest for their eminently danceable live shows that feature the powerful vocals of frontman Tom Eddy (Beat Connection), bolstered by the deep pocket of their unmistakably detailed rhythm section, and the spirited melodies of “The Honeynut Horns”. Hard-hitting but sensitive, The Dip harkens back to the deep soul roots of the decades past and pays tribute to this history through the grit and grace of their performances. The band’s 2015 self-titled debut, recorded to tape at Avast! Studios, propelled them to notable appearances at prodigious festivals such as Sasquatch! Music Festival, High Sierra Music Fest, Summer Meltdown, and Capitol Hill Block Party as well as built anticipation for their 2016 release, Won’t Be Coming Back (EP). After a nation-wide tour promoting their most recent single, “Sure Don’t Miss You,” the band finds themselves crafting their second full length album in the confines of their Seattle studio. Whether young or old, you can’t help yourself from grinning ear-to-ear when you see these gentlemen hit the stage. I wouldn’t hold back dancing for that matter either! Ladies and gentleman, give it up for The Dip! Hit up the dance floor, and put it in your hip!