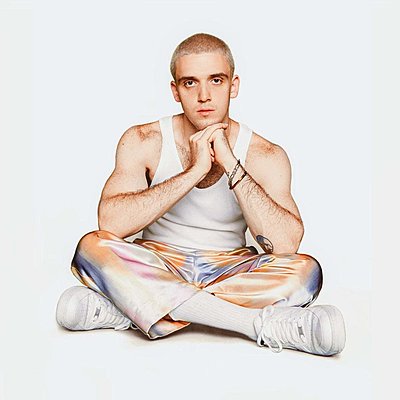 Born and raised in Los Angeles, Charlotte Lawrence is a rising teen pop star with a dark edge. She has already racked up millions of streams with breakout songs Just The Same and Sleep Talking, two viral hits which perfectly capture her trojan horse approach to music as she packs in deeply personal lyrics through irresistible melodies and festival-headlining choruses.

"That song was the first I felt reflected my image and who I want to be as an artist," Charlotte says of "Sleep Talking," a tears-on-the-dancefloor hit written after an ex revealed his cheating ways in his sleep. "He definitely knows it's about him and he's constantly hitting me up," she adds with a grin. "It's a nice feeling."

Documenting the teenage experience from the frontline is what Charlotte does best and she puts lyrics above all else when it comes to writing. "I'm not fake with it", she says citing Lorde, SZA, Patti Smith, and Bon Iver as inspirations.

It was a Bon Iver classic that helped Charlotte get her first break in the music game. She recorded a cover version with Gary Lightbody and Johnny McDaid of Snow Patrol which conveyed to her parents at a young age that she was serious about music, but most importantly she was on her way to figuring it out. Soon after that she was invited on stage to perform at the Hollywood Bowl with family friends, The Dixie Chicks. I was like, 'Excuse me? What the fuck?' I was shaking beforehand but once I started singing I had so much fun. It made me realize that that's who I am as a person. I'm a performer," Charlotte says. She later proved her live skills in March 2018 when she experienced another life-altering performance on stage with EDM superstar Kaskade. "It was surreal," she says of closing his set at Miami's Ultra Music Festival in front of 70,000 people with their song "Cold As Stone." "I've never felt so high in my entire life."

Charlotte has spent the past few years writing and recording while finding her musical voice. What has emerged is a love of melody twinned with a darker aesthetic. "I write easier about sad emotions," she says. "I think it's so cool to have an upbeat song with dark lyrics. If you tap into an emotion, then you can write a whole story. No matter what you're going through it's important to take risks with music. I never want to play it safe.”

Mental wellbeing is among the issues Charlotte tackles in her songs. It's a topic particularly close to her heart. "I've always had anxiety," she says. "It's not something we talk about a lot, but people are being more open about their mental health. I felt it was important to talk about it in my music and help other people who might be struggling." Reaching out and being there for others was also evident in Charlotte's decision to show her support at March For Our Lives, the student-led demonstration organized by survivors of the Parkland school shooting, in Los Angeles earlier this year.

This spirit of solidarity continued with Charlotte's appearance alongside Nina Nesbitt and Sasha Sloan on Psychopath, Spotify's first ever multi-artist single. Coinciding with Women’s History Month, the empowering Psychopath was written and recorded in just six hours and talks of the consequences of a relationship gone wrong.