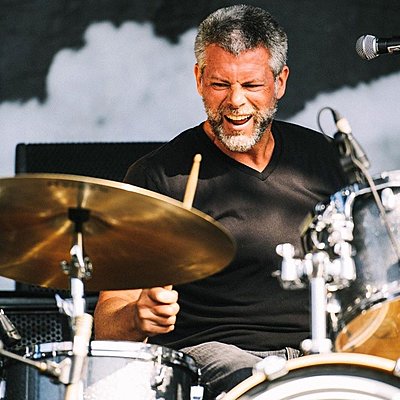 Barrett Martin has been studying Soto Zen and various martial arts for almost 25 years. He also holds a master’s degree in ethnomusicology and linguistics, but is perhaps best known as the drummer for the rock bands Screaming Trees and Mad Season, as well as being a Latin Grammy-winning percussionist, composer, and producer. He has performed on over 100 Rock, Blues, Jazz, and World music albums, and his work can be heard on albums by REM, Queens Of The Stone Age, Mad Season, Screaming Trees, Walking Papers, Tuatara, Blues legend CeDell Davis, and recording sessions that range from the Peruvian Amazon, to Brazil, Cuba, the Palestinian West Bank, the Mississippi Delta, and the Alaskan Arctic.

Barrett has taught at several universities in the United States, and has written essays for Riot Material and The Huffington Post. In 2014 he was awarded the ASCAP Deems Taylor/Virgil Thompson Award for excellence in writing. His first book, “The Singing Earth,” was released in 2017, and his second book, “The Way Of The Zen Cowboy,” was released in 2019. His solo band, The Barrett Martin Group, has released 8 studio albums to date.

Modern Drummer Magazine | The former Screaming Trees drummer on his writings, recordings, and life as a Zen monk. 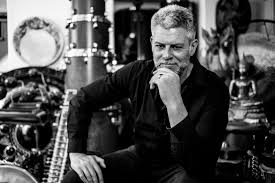 I wrote The Singing Earth as a way to teach people, through storytelling and the accompanying soundtrack, about the incredible music that exists around the world, most of which is not mainstream, popular music. I want people to understand that, for the vast majority of human beings, music is a way of life and a survival mechanism that reaffirms their identity and cultural importance. I also wanted to show, from my firsthand experience, how music is created within these sacred environments I visited, and I wanted to raise awareness about climate change, which became an important part of the book as I witnessed this happening around the world.

I was on six continents, visiting fourteen different musical regions, from the Amazon rainforest to the Arctic National Wildlife Refuge. I saw firsthand the devastating effects of global warming and climate change. Ultimately, I want people to see their divine connection to the Earth, the beauty of our indigenous people, and the incredible landscapes and seascapes that are increasingly endangered. We can reverse this damage if we wake up and decide to take action at an individual level. It can be done, but we have to act.