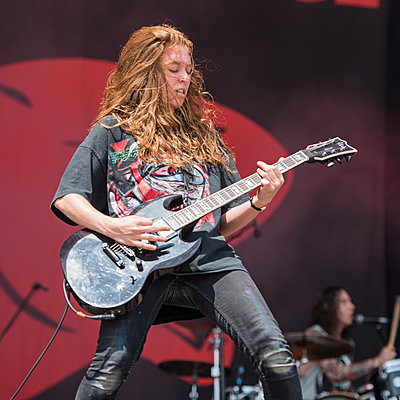 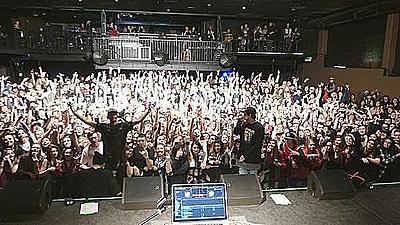 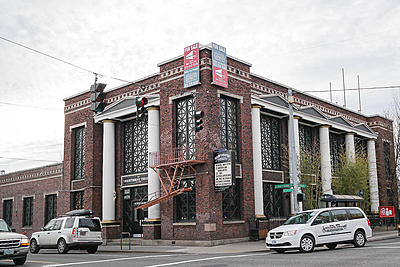 Show Me The Body

Spotify tracks from Show Me The Body

Show Me The Body (SMTB) was formed in New York City in 2009. They released “Yellow Kidney” independently in 2015 followed by the “SMTB” EP released via the Letter Racer Collective that same year.

After signing with Loma Vista and releasing their debut album “Body War” in 2016, SMTB began touring the US and Europe. Upon returning home the band began a collaborative mixtape project called “Corpus 1” released in 2017. The mixtape featured a broad range of artists and friends who SMTB felt were comrades and innovators, marking the beginning of a community effort spearheaded by SMTB known as Corpus. In the same year, SMTB released a two song Ep called “Challenge Coin”, recorded at Electric Lady Land not far from where the band originated. Between the fall of 2018 and the beginning of 2019 SMTB produced and recorded three projects. All projects; “Grudge 2” by Dreamcrusher, “Machines Smoke” by Tripp Jones, and “Enemy” by Dog Breath, were released via Corpus. In 2019 SMTB presents their sophomore album, “Dog Whistle,” produced by Chris Coady, Show Me The Body, and Gabriel Millman (original drummer and in-house producer). Dog Whistle was written in Long Island City, Queens and recorded in Los Angeles California in the summer of 2018.

The Guardian | Show Me The Body's alternative guide to New York 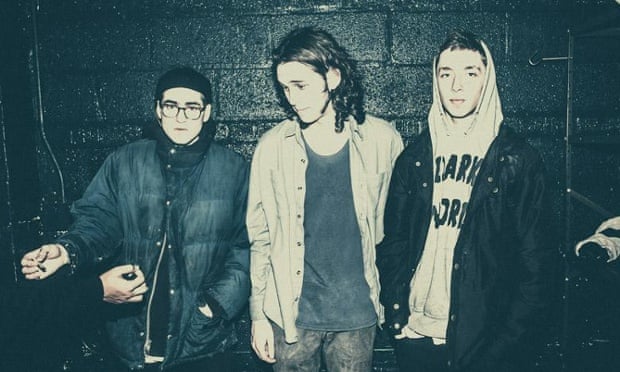 As the CMJ Music Marathon kicks off, genre-defying band Show Me The Body offer their guide to the city they grew up in and have seen change drastically

This week, New York City becomes a playground for music industry tourists seeking to discover bands about to ‘break through’. This is the CMJ Music Marathon, a 35-year-old autumn tradition where college radio kids and business people flock to the city for a week of showcases and networking available to those with a $549 badge. In advance of the festival, we asked one of the city’s most compelling new groups, Show Me The Body, to show us what’s really happening in New York right now.

CMJ 2015: the best bands to see at this year's music marathon
Read more
Show Me The Body’s creaking, loud-quiet-loud noise-punk is laced with traces of the city, in its wiry, dissonant banjo plucks and rapid-fire hip-hop vocal delivery. On a Friday morning, the band’s 21-year-old frontman, Julian Cashwan Pratt, is picking apart the way the city has manifested itself in their sound. “In one sense, the pure architecture of the city informs the sound,” he offers quickly. “The train, shit breaking, construction happening. All of that municipal state-ordered machinery is something we see a lot and is something I think is scary.” 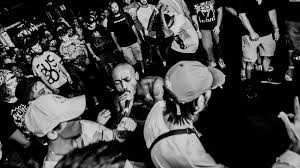 Aaron Heard and his band were virtual unknowns not long ago. Their stunning album 'Only Self' changed that fast.

"One day, I'm gonna craft my own machete."

That's Jesus Piece's Aaron Heard, reflecting on his emergent obsession with steel weaponry — and by extension, his creative mindset — from the living room of his Philadelphia home one swampy morning in August. The frontman's seated on the couch with a fat blunt and a toasted bagel, watching a 30-minute featurette on Japanese sword-making that he found amid a stoned journey through the depths of YouTube a few weeks back. "I mean … just look at that," he marvels, smoke streaming from his mouth, gesturing to the molten action unfolding onscreen. "Since I was a kid, I've been obsessed with finding out the way things work," he says. "When I'm interested in something, I just go all-in."

Heard may be talking about his fascination with handmade swords and knives, but he could just as well be discussing his passion for underground heavy music, which has taken him to unexpected heights. Just a few hours from now, Heard and his bandmates will be playing their biggest set of the year — a highly anticipated appearance at This Is Hardcore, an annual, three-day festival held at the city's nearby Electric Factory venue that many fans regard as the scene's premiere gathering. The way the 26-year-old frontman sees it, songwriting and bladesmithing are products of the same mentality. "It all comes back to patience, dedication, attention to detail," he explains. "And translating that into something real — something that'll last until after I'm gone."

Year of the Knife

Spotify tracks from Year of the Knife

| Year of the Knife: Hardcore Act Embraces Straight Edge to Escape Harrowing Past 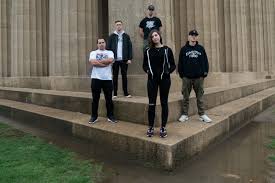 Hardcore crew Year of the Knife are deep into their set at Polish catering hall–turned–music venue Brooklyn Bazaar when vocalist Tyler Mullen pulls "the Cornholio." He yanks his T-shirt up and over his face mid-song for several minutes, forcing his screams past the sweat-soaked cotton barrier with heightened force and zero self-consciousness. This habit, named by his bandmates in honor of the Beavis and Butthead gag, began as a way for the singer to vent excess energy during childhood; it's since become his signature move. "I just need to just lose control, you know?" he explains simply after the show.

Over Year of the Knife's approximately 20-minute-long set, that's exactly what Mullen and his bandmates do, charging through a roiling set list comprised of highlights from their latest release and second EP overall, Ultimate Disease. Aside from a brief introduction, a few shout-outs and requests to fire up the pit, the frontman keeps his inter-song banter to a minimum, letting loose a public exorcism and holding the audience rapt. 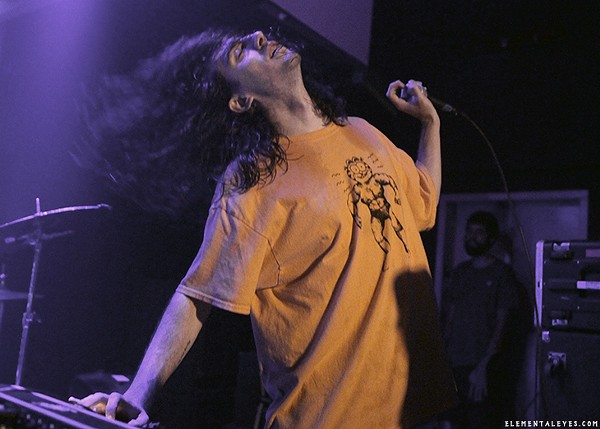 The street buzz for New York electro-punk act Machine Girl is hitting a fever pitch in Orlando. It’s not just the quantity they’re drawing, though packing out a show in the nightlife desert that is Sunday evening in Parramore is a heroic feat definitely worth noting. It’s also the quality of their crowd, who were a powder keg of anticipation and hype.

No warm-up was needed. This throng knew the deal. They were already locked and loaded by the time the band took the stage. And as soon as Machine Girl dropped in, the room went up like a match. Shit. Got. Sick.