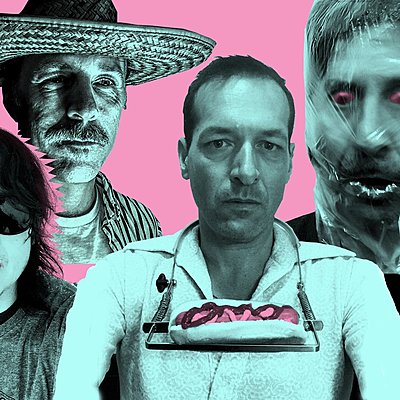 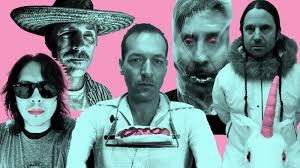 Is it fair to say that punk, however you define the term, has gone through a crisis of cultural placement since the turn of the century? With the integration of poptimism, music for the strange-of-heart has, arguably, drifted away from raw guitars and caterwauls, folding their sensibilities into forms previously reconciled to mainstream radio. (See: SOPHIE, or the dour postures of SoundCloud rappers.) But the clutching of punk as a talisman of self-protection to ward off the lamestream was, in many ways, always a posture, right? So what you're left with, really, is what was always there anyways: the sound of kicking against.

On its first full-length in nearly 14 years, Hot Snakes — singer and guitarist Rick Froberg, guitarist John Reis, drummers Jason Kourkounis and Mario Rubalcaba, bassist Gar Wood — have piled 10 songs into their arms and sidled up to throw them at our feet, bent and bruised.

Kills Birds is a Los Angeles-based rock band. What started as a secret project between vocalist Nina Ljeti and guitarist Jacob Loeb, Kills Birds evolved into a band when Fielder Thomas (bass) and Bosh Rothman (drums) joined in 2017. Shortly after, the band began performing around Los Angeles. With Nina’s urgent and raw stage presence and Jacob’s feral guitar melodies, anchored by Bosh and Fielder’s monstrous drums and bass, the band quickly generated buzz for their thrilling and unpredictable live performances.

In 2018, they recorded their debut album with Justin Raisen in only eight hours, to capture the magnetism that their live shows are known for. In late 2018, they released their first single, “Worthy Girl,” which quickly garnered the attention of the legendary Kim Gordon, who gave it her stamp of approval. The response the track generated is rare for a first single, but Kills Birds has nabbed just that. Their unforgettable blend of emotionally charged performance and deliberate musicianship, is what makes their debut album mandatory listening. 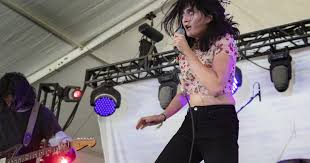 At 3 p.m. on Sunday, the crowd at Desert Daze looked a little dusty and bedraggled. The psych-rock festival — a genre favorite that’s grown into a regional powerhouse — was on its last legs of the weekend. More fans were drying out their hangovers on the beach at Lake Perris State Recreation Area than winding up for a rock set.

That is, until the L.A. quartet Kills Birds walked out onstage, rippling with all the energy the crowd had burned off dancing the night before. Nina Ljeti, 28, one of the most compelling new singers in L.A. indie rock, prowled the stage pointing and shaking and howling like a preacher with some bad news to share. The band — guitarist Jacob Loeb, 28; bassist Fielder Thomas, 25; and drummer Bosh Rothman, 34 — drew from melancholy ’80s post-punk and the molten distortion of ’90s grunge, brutally heavy but dreamy at the margins.

As they played, the crowd thickened out and pulled closer. A few dozen became a few hundred, and however gnarly your sunburn was that afternoon, it seemed like anyone who passed by had to stop in and see them. You could see echoes of iconic frontpeople like the Yeah Yeah Yeahs’ Karen O or even Joy Division’s Ian Curtis in the way she writhed and stabbed the air onstage, moving like a wick on a smoking firecracker.