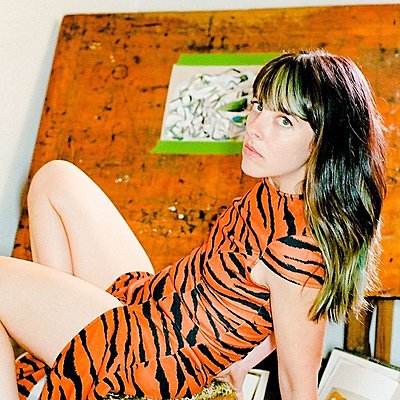 Powerful indie folk-rock from Hop Along frontwoman and songwriter

Vulture | Is This the Best Voice in Rock Music Today? Toward the end of Hop Along’s set at Williamsburg’s Rough Trade Tuesday night, the rest of the band leaves Frances Quinlan onstage to sing “Happy to See Me,” a vocally unbelievable song off the vocally unbelievable Painted Shut, their second record as a full band, which came out that day. It’s hard to keep a standing crowd quiet, but the 300-person audience stood transfixed, waiting for whichever note, whichever tone, Frances, the lead vocalist of the Philadelphia-based band, would sing next. A cup drops, and everyone looks at the culprit furiously; I fight with all I have to hold in an allergy-season sneeze. Then it happens. It happened earlier that day, at a taping of WNYC’s “Soundcheck,” when she broke from the melody of “Horseshoe Crab,” lingering on one high note until her voice gave out; it happened during the actual soundcheck, when the sound guy heard her sing the first note of “Texas Funeral,” opened his eyes wide, and stopped doing his job for a second; it happened later that soundcheck, when a teen walked away from a friend mid-conversation to film a few seconds on her phone: Frances Quinlan has the ability to make a room stop breathing with her voice.

With not-ideal-for-this-humidity bangs, she’s small and unassuming and looks like she could be Feist’s little sister. But her voice demands attention. Every review of Hop Along’s acclaimed new record essentially says the same thing: “That voice, though.” “An abrasive snarl and a smooth croon.” “Full-throated bourbon howl.” “Pungent and potent.” “Raggedy and raw, with a wild, untameable streak.” New York’s Lindsay Zoladz probably summed her vocals up best when describing the band’s lead single, “Waitress”: “Something about it is violently sweet, like a bite of cake so sugary that it actually causes you physical pain. Her delivery is ecstatically wide-eyed and her tone is gravelly, like a chain-smoking toddler who is about to punch you in the mouth.”

Mary Lattimore is a harpist living in Los Angeles. She experiments with her Lyon and Healy Concert Grand harp and effects.

Her solo debut, The Withdrawing Room, was released in 2013 on Desire Path Recordings.
tumbler

Mary has been a part of soundtrack projects including the Valerie Project, Lopapeysa, a film by David Kessler set in Iceland, and the film score for Marina Abramovic: the Artist is Present, a documentary about the artist.

The record Slant of Light with guitarist/synth player/producer Jeff Zeigler was released by Thrill Jockey in September of 2014.

Mary and Jeff also composed a score to Philippe Garrel’s 1968 experimental silent film Le Revelateur, and debuted it in Marfa, Texas along with the film. They have since performed it in major cities throughout the US. The recording was released by Thrill Jockey in 2016.

Her newest record, a collection of odds-and-ends recorded at her home in Philadelphia entitled Collected Pieces, will be released in April 2017 on cassette and digitally by Ghostly International.

Mary is a 2014 recipient of a Pew Fellowship in the Arts. 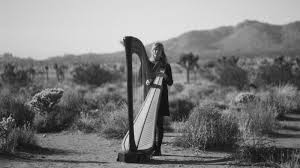 In the assorted realms of indie rock, Mary Lattimore is the monarch of instrumental harp. During the last decade, she has recorded or toured with the likes of Kurt Vile, Thurston Moore, The Clientele and Sharon Van Etten, adding silvery veins or starry ceilings to their songs. She has performed with Pulp singer Jarvis Cocker and contributed to the scores for recent films about the performance artist Marina Abramović and generational uncle Fred Rogers. And in a series of increasingly absorbing collaborative LPs and records under her own name, she has learned to paint pictures of landscapes and express mixed emotions without a word. In rather short order, Lattimore has become one of the country's most compelling soloists.

But for Hundreds of Days — Lattimore's third proper solo album, her first since relocating from Philadelphia to Los Angeles — she decided to explore what she didn't know. During a two-month residency at an arts center in the Marin Headlands high above San Francisco's Golden Gate Bridge, Lattimore momentarily set aside her Lyon & Healy harp to tinker with electric guitar, synthesizer, sequencer, piano and (perhaps most surprising of all) her voice. Her gear scattered in an old redwood barn, she slowly combined her 46-string specialty with the more common tools she was still learning. The six songs on Hundreds of Days find Lattimore's ability to tell stories and share sentiments enriched, her vocabulary expanded without hindering her music's consummate core. Her dexterity on the harp itself has grown, too, sometimes now suggesting the bejeweled webs of Mali kora master Toumani Diabaté. Hundreds of Days, then, is a collective testament to the power of the beginner's mind, or of allowing what you don't know to reinvigorate the possibilities of what you're known for.