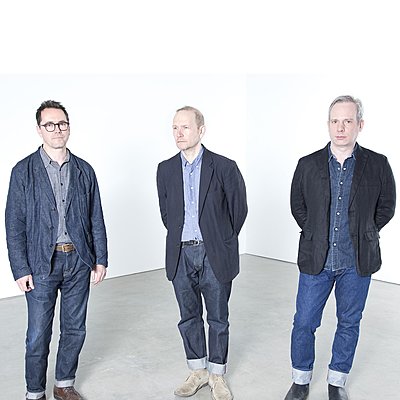 The Sea and Cake

Spotify tracks from The Sea and Cake

The Sea and Cake is a pop/rock supergroup with a pronounced jazz influence, which formed in 1994 in Chicago, Illinois. The group’s name came from a willful reinterpretation (in the wake of an accidental miscomprehension) of The C In Cake, a song by Gastr Del Sol. Starting with 1997’s The Fawn, the group has relied on electronic sound sources, such as drum machines and synthesizers, to color its music, but has retained its distinctive post-jazz combo style. The band has shied away from releasing singles, preferring the album format. Contrary to his multi-instrumentalist role in Tortoise, John McEntire essentially plays only drums in The Sea and Cake.

Finally, in 2000, the Sea and Cake released their fifth album, Oui, followed three years later by the delivery of their most elegant album yet, One Bedroom. By this point, the group's repertoire had swelled to include African-inspired riffs, Brazilian influences, and guitar-based indie pop, and they hit a wellspring of creativity as the decade wound to a close.

Members Sam Prekop and Archer Prewitt each have released solo albums. The cover art of The Sea And Cake’s releases are largely paintings by Eric Claridge and photographs by Prekop. (Postcards of some of the One Bedroom-era photos were sold on the band’s 2003 tour.) Prewitt has been involved in publishing his own comic books and doing graphic design.

The band was on hiatus from 2004 to 2007, as Prekop and Prewitt each released further solo albums with accompanying tours, and focused on their visual art pursuits. Everybody and Car Alarm were released in quick succession, with Everybody appearing in 2007 and Car Alarm arriving in 2008. An EP, The Moonlight Butterfly, followed in 2011, as did a round of recording sessions for the band's tenth studio album.

Pitchfork | The Sea and Cake: Any Day Album Review

The Sea and Cake have been so consistent and so singular for so long that the words “taken for granted” now turn up in their reviews as much as “Chicago” or “post-rock.” Their albums do seem to blur together, with each record subjecting the band’s signature components—John McEntire’s gliding rhythms, Archer Prewitt’s jazz-inflected guitar lines, and analog synth tones warmer than a wool sweater—to slight shifts in texture, personnel or backing instruments. But the overall quality of their discography makes a strong argument against the idea that artists must amass a canon of releases that build upon each other in linear fashion. Like a prescription refill, a new Sea and Cake album offers a fresh dose of the same soothing medicine.

But there’s a new urgency to their 11th full-length, Any Day, which comes after a six-year absence. Continuing the Sea and Cake’s tradition of instantly immersive album openers, “Cover the Mountain” springs into action as though the long-dormant band has just been zapped by a defibrillator. Sam Prekop cuts immediately to the swooning chorus as McEntire locks into a brisk, galloping beat. That momentum carries them into “I Should Care,” an equally dazzling follow up whose jangly riff and gently stomping backbeat are as close as this band has ever gotten to ’70s power pop.

Tiny Mix Tapes | Everything and Nothing: Floating on Sans Serif Island with Sam Prekop and The Sea and Cake 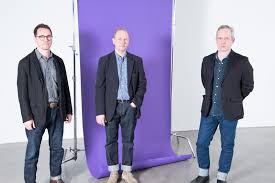 The hysterical pace of development in north Brooklyn led to chronic conditions for DIY art spaces like Glasslands and Death By Audio, where a fair amount of the zeitgeist that fueled said development was forged. But, absorbing the environs of Elsewhere on a damp May evening, the destruction of those haunts at least pangs with creativity.

Elsewhere is an immaculate new multi-story club complex located in the Bushwickian outer banks of Williamsburg. Combined with the similarly impressive Brooklyn Steel in Greenpoint, the complex cements the fact that Brooklyn has traded its punchy underdog industrial pioneering for genuine cultural power, fueled by money and an ever metastasizing narrative of “cool,” whatever is left of that concept.

At Elsewhere, the performance spaces are weightless, the sound system is enlightened, stage lights scare away so much as a speck of dust, and a 12-ounce can of Miller High Life will set you back $7. PBR isn’t even offered at the venue bar. Imagine.

In the spotless Green Room, Archer Prewitt and Doug McCombs, The Sea and Cake’s founding guitarist and new bassist (Eric Claridge left the band after the 2012 album Runner due to carpal tunnel syndrome) are lounging, lost in relaxed conversation. The room is appointed with moody colored lights and high ceilings. The furniture is crisp, unsullied by debauchery.