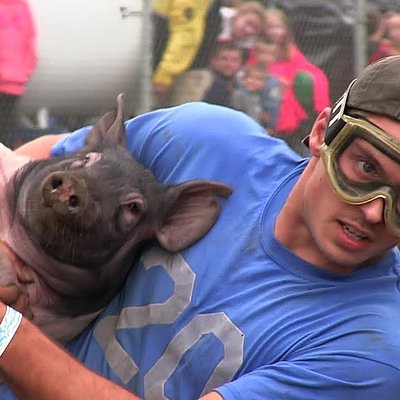 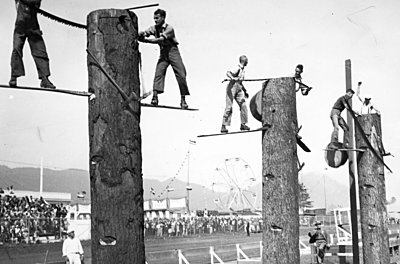 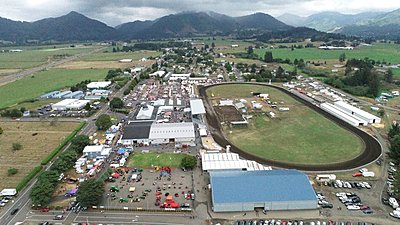 The first Pig N' Ford race took place at the Tillamook County Fair in 1925. The idea for the race happened when a couple of Tillamook County residents were transporting some pigs and one got loose. They proceeded to chase the pig in their Model T Fords and had so much fun trying to catch and drive with the pesky pig that they thought "let do this at the fair!" 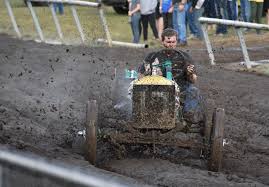 None of the racers expected to be racing in brownie batter during the World Championship Pig-N-Ford race Saturday but early morning rains transformed the track into a swamp.

"You're in for a real thrill," Announcer Mike Bentley said prior to the championship race. "These are some of the worst track conditions I have ever seen."

When the mud settled Jake Martin won the first ever championship for himself and for racer franchise 17. Reigning champion Ben Salo was dethroned by Martin and came in a soggy second while Marty Walker, with a number of championships under his belt, came in third place.

Jalopnik | There's a Model T Race With Pigs as Co-Drivers, Because of Course There Is 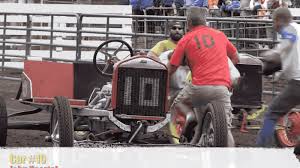 They say if it has wheels, people will find a way to race it. I had no idea that this also applied to pig wranglin’, but at the Tillamook County Fair in Oregon, the Pig-N-Ford races are a hit of the weekend.

According to local legend, the Pig-N-Ford races kicked off in 1925 when a kind fellow driving a Model T spotted a runaway hog. He chased after it, scooped it up, and returned it to his neighbor with the squealing pig under one arm. The races at the County Fair have been organized ever since in honor of this good samaritan.