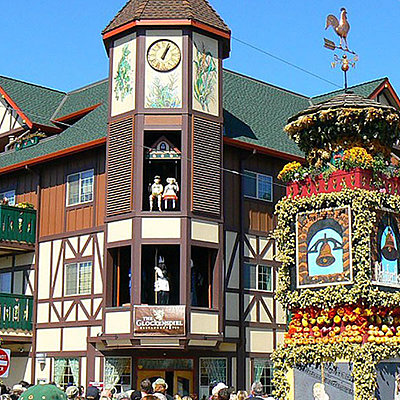 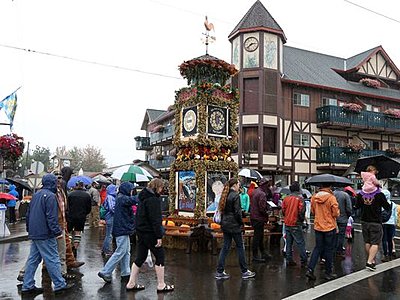 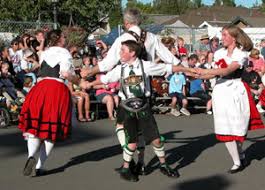 Oktoberfest in Mt. Angel is more than just a celebration of German culture - it's one of Oregon's longest festivals and has become more family friendly with each year.

Each year more than 300,000 people attend the four-day festival, which has been held in Mt. Angel for more than 50 years.

Organizers of the event say there is something for everyone at the festival that is more block party than parade - although they have those too.

Oktoberfest starts on the second Thursday after Labor Day and continues through Sunday. The festival kicks off with a May pole dance - called a Webentanz in German - performed by children from Mt. Angel. This is just one of the activities that can show people the local talent and flavor of the area 40 miles south of Portland. Here are some of the activities that take place during the event: 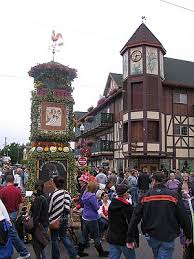 Mt. Angel, a Willamette Valley community largely composed of descendants of German and Swiss immigrants, held its first Oktoberfest in late September 1966. By the mid-1980s, the annual event had become the largest folk festival of its kind in the Pacific Northwest, drawing more than 300,000 visitors a year.

Oktoberfest in Mt. Angel is a volunteer effort by community members that is managed by Oktoberfest, Inc., a nonprofit corporation with an elected board of seventeen people. The town modeled the event on the Bavarian celebration that has been held each autumn in Germany since 1810. Many of those who attend the Mt. Angel festival wear Bavarian-inspired attire, and local businesses and booths sponsored by organizations offer traditional foods from the Bavarian and Alpine regions of Germany.

The first Oktoberfest in Mt. Angel was on Main and Palmer Streets, with the biergarten under a portable tent and storefronts decorated in a Bavarian motif. The town opened the 20,000-square-foot Oktoberfest Community Building in 1971 and built a permanent bandstand in 1982. After a five-year community effort to raise funds and a collaboration with Marion County officials, a forty-nine-foot-high Glockenspiel was built in 2006 at the corner of Garfield and Charles Streets; it is the tallest Glockenspiel in the United States. Each year, the town builds a Fruchtsaeule, a twenty-foot-tall obelisk endowed with harvested fruits and vegetables.

In 1966, when Mt. Angel had about 1,700 residents, Oktoberfest drew about 39,000 attendees. By 1973, more than 200,000 people attended the festival, and attendance reached 375,000 in 1989. Organizers charge a nominal entrance fee for some events and for the biergarten and weingarten, but there is no admission charge to the festival.